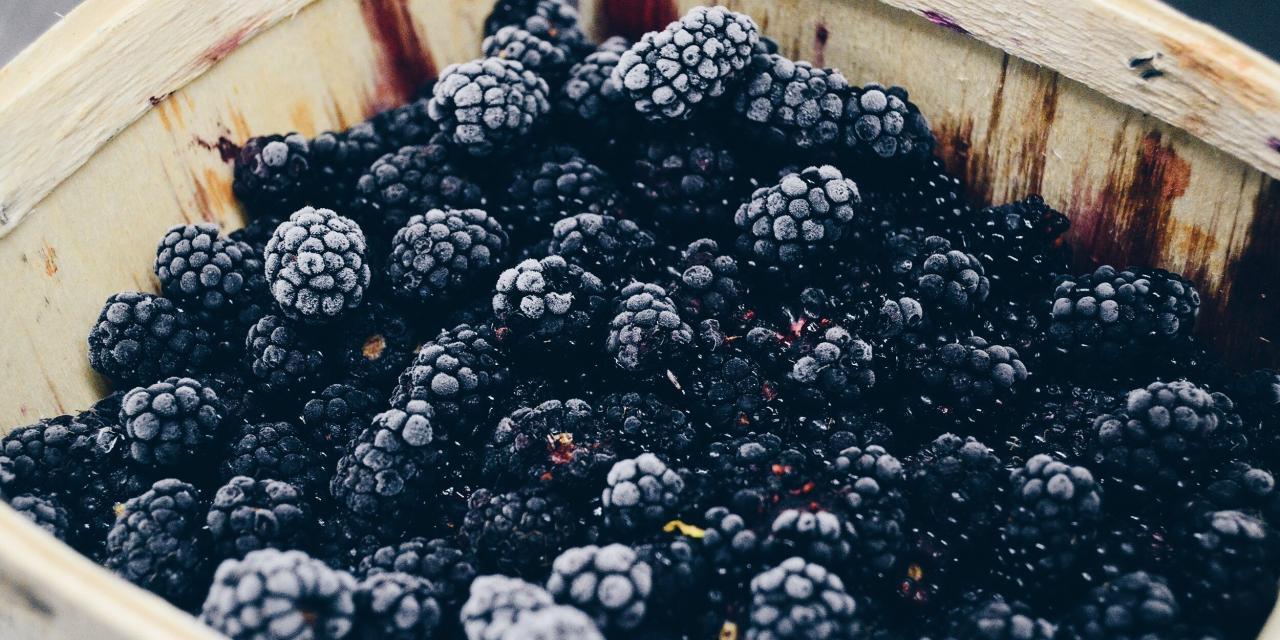 August is known as the blackberry harvest month, also in the dune area. In the dune you will mainly find dewberries. Due to the enormous amount of sun in recent months, the dewberry is delicious and slightly sweet in taste. Come and taste them?

What should I pay attention to?
In the North Holland Dune Reserve (NHD) can you pick blackberries in August. Of course you go off the roads and paths for this. During this month it is allowed to deviate from the access rule ''stay on roads and paths''. Preferably stay near the roads and paths, this is how we prevent disruption in our dune area. Dogs are not allowed outside the paths, not even if they (Map) be on a leash. The areas closed to the public, remain closed and are therefore not accessible. There are plenty of blackberries in the allowed places.

Picking not allowed in infiltration areas
It is not allowed to pick blackberries in the Zuid-Kennemerland National Park. In the North Holland Dune Reserve it is not allowed to pick in the water extraction areas. These are infiltration area Castricum (iCas), through which the van Oldenborghweg runs and the Kieftenvlak infiltration area (iKief), surrounded by fences and no-entry signs. Here are canals with drinking water. This water sinks through the sand package in three weeks and is purified of bacteria and viruses in this way. With this open way of cleaning, contamination is possible, e.g. by human entry, a risk for the drinking water chain.

Mow
To limit the risk of contamination as much as possible, pieces of reed are mowed in the infiltration area, so that there is an open, clear area is created. With that mowing, blackberry bushes can also be mowed away. That is unavoidable and necessary to provide North Holland with fresh and pure drinking water. There are sufficient blackberry bushes in other parts of the nature reserve, so everyone can enjoy this dark blue delicacy.

eating blackberries
Our foresters often get questions about eating blackberries and the risk of fox tapeworm. That is why we always advise to cut burrs that are picked below knee height, that dogs or foxes may have peed on, wash and/or cook properly before consumption. Everything above knee height can be enjoyed immediately.

blackberry recipes
Blackberries are not only tasty raw, also as a.o. sap, jam, processed in pastries or as a sweet sauce, they are worth cooking. Forest ranger Ronald Slingerland previously wrote a blog about the blackberry, including his recipe for blackberry jam. Tip from forester Mirjam van der Kwast, who was rather a confectioner: search old cookbooks for blackberry recipes, Surprisingly delicious creations can come out of this.

Did you know…
If you look at the flowers of the blackberry you would not easily say that they belong to the Rose family. Yet these deliciously sweet fruits, that arise after the flowers are pollinated and fertilized, part of this family. There are two types of blackberries in the North Holland Dune Reserve; the common blackberry and the dewberry. The common blackberry is most common in the Netherlands and can be recognized by the dark blue fruits that appear on the spiky stems in August and September.. They are deliciously sweet and can be eaten both raw and processed. Also the dewberry, which occurs most often in the dune area and which grows low to the ground, can be eaten raw or processed. The taste of the dewberry is a bit more sour than the normal blackberry and the fruits are a bit duller and smaller.

Don't forget your bucket, protect yourself from the sun, enjoy the environment and have fun picking!