The first summer storm of the year

The first summer storm of the year is on land and it has a name storm Francis. Last night it rained and blown a lot in many places in the Netherlands. In some places there were gusts of wind of more than 100 kilometers per hour. It has been over a year since we had a summer storm in our country. Last year it stormed 10 August for some time along our west coast. That summer storm caused considerable damage locally, Among other things, the AZ stadium partially collapsed. Francis is the fifth storm of the year. In February, four storms hit the country in the space of two weeks.

Much damage in the Netherlands

Blown down trees, no trucks and cars with trailer or caravan on the dike and no or fewer trains here and there. Storm Francis caused nuisance in various places. The insurer Interpolis arrived on Wednesday until noon 184 damage reports within. The insurer believes that the number of reports will increase even further. About three-quarters of the reports concern damage to houses, said the insurer. The damage was mainly caused by falling branches, fences and roof tiles blown down from a building.

The weather has kept up to expectations ”, concludes weatherman Michiel Severin van Weather Plaza. ,,On the coast there are gusts of wind 110 kilometers per hour, in some regions inland up to about ninety kilometers per hour. Really code yellow, without extensive damage. ”

It is turbulent enough to disrupt train traffic here and there, among other things. For example, early this morning there were fewer intercity trains between Amsterdam and Den Helder due to weather conditions, just like between Groningen and Assen. There were also no trains between Boskoop and Gouda due to a tree on the track and no trains were running between Rotterdam and the Belgian border due to strong winds on the high-speed line..

The summer storm was already blowing with wind force last night 9 through the Netherlands. The heavy gusts of wind caused trees to fall and houses damaged. In The Hague a woman ended up under a fallen tree. The fire brigade first picks up the reports that are extra urgent, says the spokesman for the Haaglanden region, where such 150 reports came in until this morning. ,,We are now going to take stock. ” This is based on the list of untreated reports, such as detached siding and blown scaffolding.

The fire brigade in the Rotterdam-Rijnmond region had up to approx 07.30 hours had more than fifty reports since Tuesday 19.00 hour. According to a spokesman, there were no urgent reports. It mainly concerned trees that have been destroyed. A spokesman for the Noord-Holland Noord fire brigade speaks of a relatively quiet night, with approximately thirty reports of minor incidents, such as branches or trees on the road.

In the course of the morning the wind diminishes in strength, but it takes until the late afternoon for the heavy gusts of wind to dissipate completely. Until early in the evening the wind continues to blow with minimal wind force everywhere 4 of 5. Tonight there is even wind force on the Wadden 7. ,,For lovers of kite surfing and windsurfing, these are of course nice prospects. Wave surfers also get their money's worth, because strong waves are with the west- blown to our beaches until a northwest wind. Waves of 3 to 5 meters you don't come across every day there ”, says meteorologist Severin. ,,The wind will be too strong for most sailors today. ”

First summer storm in over a year

Summer storms are usually less severe than the ones in autumn, winter and early spring, although summer storms can sometimes turn out violently. On 25 July 2015 was code red in effect and several people were killed as a result of damage from heavy gusts of wind. The worst summer storm had ended 26/27 August 1912. Then there was a gust of wind in Hoek van Holland 148 km / hour measured.

It is quiet again in Egmond aan Zee

In this video from this morning you can see peace again in our beautiful Egmond aan Zee, de Storm Frances is weer voorbij en in Egmond halen de meeste mensen weer opgelucht adem.. Although we are used to something here!!! 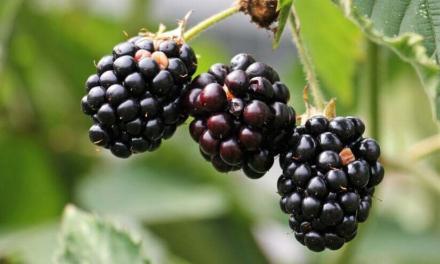