ABN AMRO: predictions 2020 go up, buy a house in Egmond in more interesting

Taking out a mortgage for a home in Egmond aan Zee is becoming more interesting.

The Housing Market Monitor for October 2020, released on Thursday by Het Economisch Bureau van ABN AMRO, shows that the housing market is doing a lot better than expected. In fact, things are going so well that the forecast for this year is going up. A large number of homes are still being sold and the price increase reached by August 8,2% even the highest level of the past eighteen months.

Low mortgage interest rates make buying and refinancing interesting
Mortgage interest has fallen sharply in recent years and this decline is continuing. The interest on loans with an interest maturity of 10 year since December 2019 met 60 basis points to 2 percent. Borrowing money has become cheaper as a result, which increased the demand for long-term loans. In addition, a loan with a long fixed-rate period offers security .

As a result of the falling interest rates, not only are more people taking out a mortgage, but also more refiners. The Housing Market Monitor preferably shows this 40% of total mortgage production in its second quarter 2020 chose to use the mortgage. Interest in transferring the mortgage was further fueled by the prospect that interest rates could rise. Now that this expectation has been adjusted, enthusiasm for refinancing is declining.

Overbidding and tightness causes price hike
Owing to the low current mortgage interest rates, a house for sale is more affordable for many people. Finding a home is not easy, however. Few homes are still for sale, and the houses for sale, are sold quickly. For example, houses were sold in the second quarter, according to the NVM brokers association only average 28 days on sale. Never before have houses been sold so quickly.

Anyone who wants to buy a home should not only be quick, but often also offer above the asking price. Overbidding is common due to the tightness in the housing market, which keeps the price level rising. According to the Central Bureau of Statistics, the average purchase price of a home was in August 2020 on 336.000 euro and that is 6,4 percent higher than a year earlier.

Outlook for 2021 less positive
The predictions for 2020 admittedly have gone up, but the outlook for that 2021 are less positive. Zo laat Philip Bokeloh, economist from ABN AMRO's Economics Department, know that they expect the number of home purchases to stabilize this year, despite the fact that this is currently still on the rise: “We previously assumed a decrease of 5%. The expectation for the number of transactions in 2021 remains unchanged -10% ”.

Bokeloh expects a stabilization with regard to the increase in house prices in the three Egmonds: “The rise in house prices will be close to this year 7% and stabilize next year, relative to the respectively 6% in -2% that we had predicted in July ”. 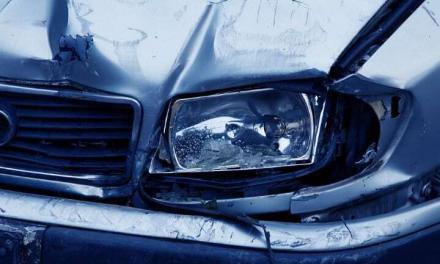 Of 3 most common car damage

Cycling by the sea