Why are those windmills standing still off the coast of Egmond aan Zee?? There is a NoordzeeWind wind farm in the sea and another one is even being built further on, was announced this week.

It is true that not all blades turn, says Wendy Schaap of NoordzeeWind. “That's because maintenance is required. Wind turbines automatically put themselves into a "maintenance mode" when maintenance is required. Since October 2019 are they one after the other in that safe, inactive state. ”
At the beginning of this year, the weather conditions were just not suitable for major maintenance at sea. “We started work in the course of March, when the weather and the situation allowed it. We expect that the wind turbines will all be running again after maintenance and that electricity production will resume. The first turbines are now being put back into use one by one. A number of them are now running again. ”
Due to the corona virus, maintenance of the wind turbines takes longer than expected, because the technicians must adhere to the safety rules during implementation. "We are doing what we can to get the windmills up and running again as soon as possible."
Door: Suzanne Rijnja 1-8-2020
Source: Noordhollands newspaper 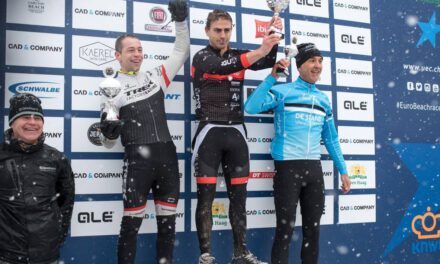