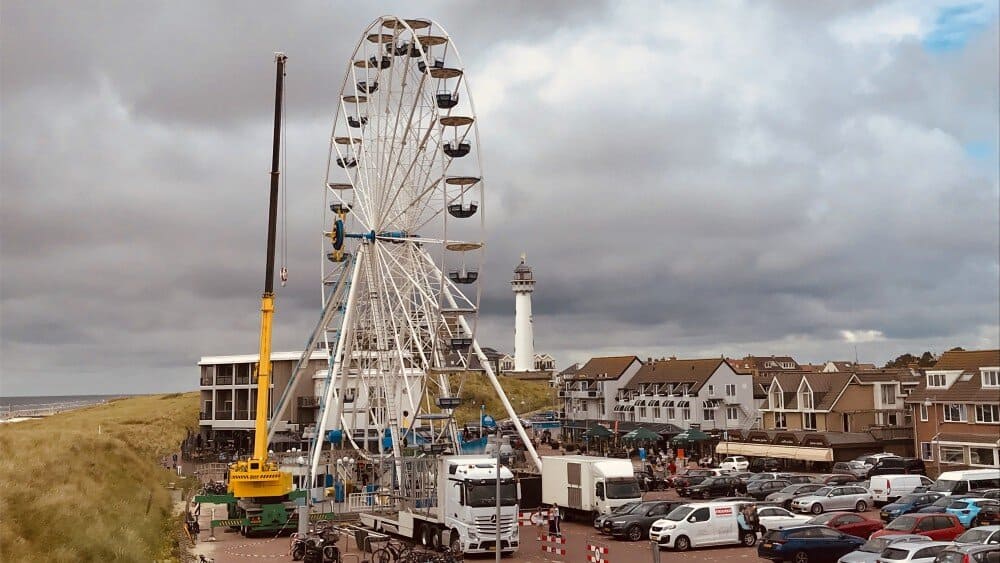 EGMOND SEA – You can go to Egmond this summer 38 meters enjoy the panoramic view of the coastline. The largest Ferris wheel in North Holland is this week

placed in the spa. The official opening is tomorrow, but already today NH Nieuws got a sneak peek’ at height. 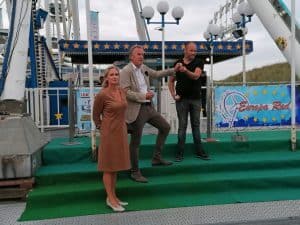 It is the first time since the corona crisis that the Ferris wheel entrepreneur Jan Vallentgoed, originally from Egmond, is allowed to rebuild the wheel.. His attraction has been unemployed in storage for the past few months. “That was, of course, a financial loss.”

He hopes that the tourist Egmond is good to him: “This may be the salvation for our company.” The entrepreneurs in the coastal village also trust that many people come to the Ferris wheel, and it benefits the local economy. “Let's hope that the wheel can stay on the Wharf for as long as possible.”

For the time being, the Ferris wheel will be in Egmond until September at least. A ticket costs five euros.

The costs just go on and in the spring you invest to get everything ready. And then suddenly comes corona. It was tough for us ”, says Jan. Many people have already taken a ride today and successfully! A ride costs 5 euro with the ferris wheel, and well worth it!

Egmond photographer Sjef Kenniphaas was allowed to take a ride during the opening of the Ferris wheel and took beautiful pictures!