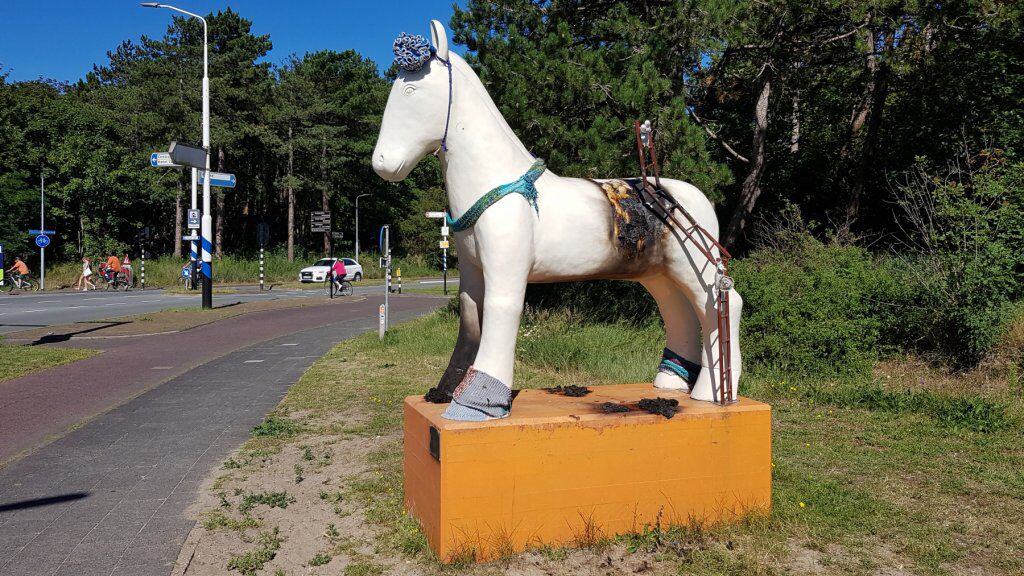 We are a fishing village, what does that horse do here?’

It is perhaps the most hated image of Egmond aan Zee. A statue of a horse on a plinth has been stirring up the mood in the village for years. This week the statue was destroyed for the umpteenth time.

The image of a white horse with a blue dog on it has suffered several times. The statue had previously been mauled with a saw and smeared with graffiti. This week it was set on fire.

Ever since the statue was placed in 2016 it evokes anger, says Rita Koppedraaijer of Facebook group Heart for Egmond. “There was a lot of discussion about the image among the inhabitants”, Rita says. “I then started asking around where those violent reactions came from.”

“The statue was placed at the blue boundary marker, that's where the village begins. According to people, you should not place anything else on the ground of the blue pole”, said Rita. “Also people said: listen, we are a fishing village, what does that horse do here?”

She thinks that a different place in front of the image is the solution to restore peace. “I really don't support that destruction. I don't approve of that. You stay away from other people's things. But I just want it to go back to normal in our village.” 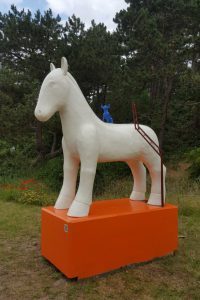 Artist Hellen van Meene made the image and does not agree with the complaints. “That horse is not at all offensive or confrontational. A small group of people find it necessary to continuously want to demolish the statue. That is actually very sad”, she says.

According to her, the image has a lot of meaning. “The dog is on the horse's back with a crooked ladder. It means no matter how small you are, you can achieve quite a lot with the right steps.”

The statue is also part of the "Horse Parade", an art route of ten horses in the municipalities of Bergen, Alkmaar, Heiloo, Schermer and Graft-De Ripe.

The artist says that many people like the image and that what Rita says is not correct. “The angry citizen makes more noise than the citizen who likes it. That does not mean that they represent the majority. That a small group wants to get rid of it is not an argument. I know enough people who like it.”

Town: "Other location not relevant’

The municipality of Bergen has announced that it is aware of the destruction. “It will be repaired again”, let a spokesperson know. “The damage is not very great. It probably just needs to be painted over. And the dog is off, that has to be reassembled.”

According to the spokesperson, another location is not currently under discussion. “There will be another evaluation after the summer, it may then be discussed. But why should it not happen in another place?”