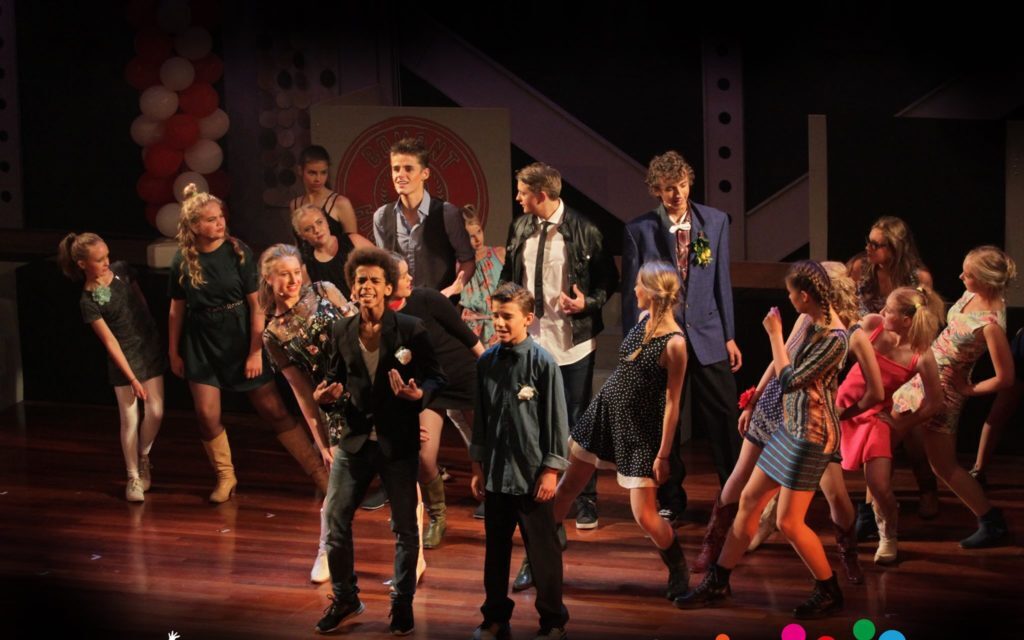 Singing in a group, develop your solo singing, get more out of your game, learn to dance better and have a lot of fun. That's all possible at the hanswijckers.” The musical group of De Hanswijckers consists of young people between the ages of eleven and nineteen.. Every season the group plays an existing musical. The members rehearse every Thursday evening in Dorpshuis Hanswijk in Egmond aan den Hoef. This association has been in existence for more than fifty years. Sign up for the open classes and auditions on 9 in 16 September can be done via www.hanswijckers.nl

The Hanswijckers was founded in 1969 by Anton Aelbers. He was the musical director of the church's children's choir and was eager to do something in the direction of children's operetta, which was on the rise at the time.. Initially the association was a children's choir and after three years it continued as a children's operetta association. In 1972 the very first performance was played: The Sheik's Daughter. Aelbers had asked Wim Noteboom for the musical accompaniment and Cees Broersen for the decor and lighting. In the 90s the association made the switch to musicals.

The name of the association comes from Dorpshuis de Hanswijk in Egmond aan den Hoef. The village hall has now released the c in the name. To date, rehearsals are still taking place every week in the same village hall. In the first years the performances also took place in the village hall, that has a small stage. Since 1989 the annual performances have moved to Theater de Beun in Heiloo.

In the early years, the association was intended for children up to 13 year. In addition, an older group emerged 21 year that later continued as Musical Association Evolution. In 1979 The musical association Horizon was founded by former Hanswijckers for adults. At the beginning of the year 2000 the age of the Hanswijckers was raised to 18 year. To 2010 was the association for all young people of 9 to 18 year. In recent decades, the association has started to play increasingly challenging musicals. Because the age difference within the group was quite large and the quality of the musicals became higher, the lower age limit is from 2011 incremented to 12 year.

Until a few years ago, all players of De Hanswijckers came from the three Egmonden and Heiloo. In recent years, members from Castricum . have also, Akersloot, liming, Bergen and Alkmaar managed to find the association.

Over the years, musical association de Hanswijckers has set up many different musicals. From more famous titles such as The Wizz, Hairspray, Fame and Footloose to lesser known titles like: Dynamite! en Pay it Forward. Some former members have broken through in the theater world such as Jim Bakkum.

Musical association de Hanswijckers has moved with the times and puts a smashing musical on the shelves every year. Nowadays also supported by a technical team from the professional theater sector.

Nevertheless, the most important element of the association remains 'the immense pleasure of the group of players'

Nature film at PostaanZee on 12 October