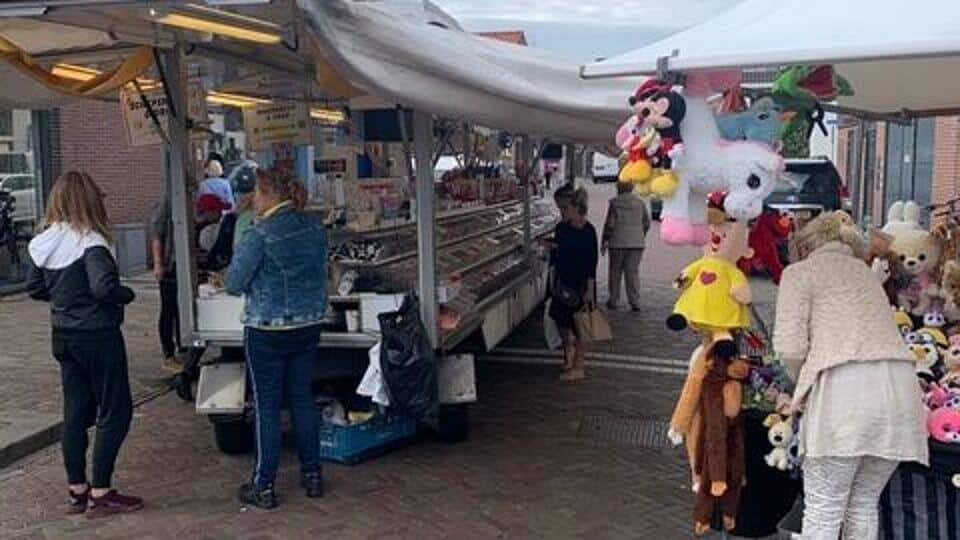 The business association and the Taskforce have decided to immediately stop the fair in Egmond aan Zee. They have as a starting point: Safe and reliable recreation, staying and doing business. “If we change that premise, we miss our target” says Sandy Dekker, chairman of the association of undertakings. “We take the sentiments that live among residents, business owners and guests seriously. It was not an easy decision to quit. We also realize that this is a painful decision for a group of entrepreneurs who are struggling today.”

Last Wednesday 22 July saw a fair for the first time in Egmond aan Zee. A scaled down, with additional measures to improve the 1,5 meter. In addition to a Corona protocol approved by the municipality, extra security was hired by the Taskforce and by the municipality and there were extra volunteers from the Egmond entrepreneurs and fair participants.. The fair went well and the visitors kept to themselves (largely) to the corona rules.

Afterwards, the Egmond Actief business association together with the fair committee and the Taskforce (residents association De Parel, Heart for Egmond, representatives on behalf of the entrepreneurs and the area director) evaluated this first evening. In general, it was felt that the risks had been well identified and the measures were in line with this.

Despite the message, that the adjusted fair would take place was first well received, the mood changed. Due to the increasing number of infections at the beginning of the week, people were concerned and felt that the fair could not take place. Egmond Actief has contacted the RIVM. The response from the RIVM was that the picture of the infections was in line with what was expected after the easing. After intensive consultation with those directly involved, the fair committee decided to continue the first fair. However, Due to the many concerned and sentimental responses, it has nevertheless been decided to cancel the following fairs.

Alderman Bekkering of Economic Affairs understands the weighing of interests and therefore respects this courageous decision.