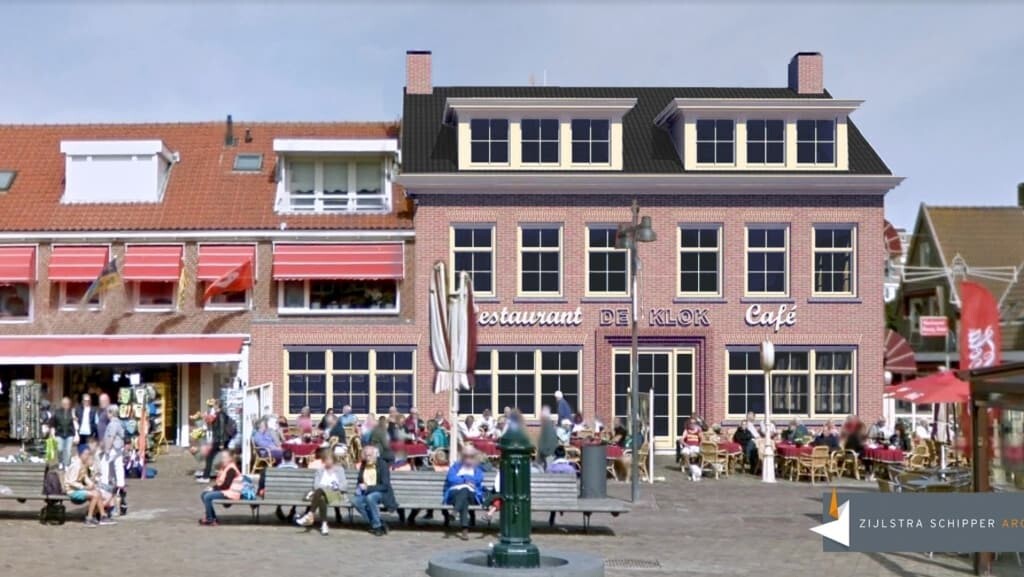 The previous owners Rob Pools, Mirjam v / h Maalpad and Jules Breuer will not return to their restaurant that burned down almost three years ago. The new owners Donald Beukers, partner Lisa and his sister Carolyn Beukers will, from July, when the building is delivered shell, will enjoy something of the high season with a terrace bar. The new name of the restaurant will be "Chill". “We want to open the terrace as soon as possible. Inside, the plumbing will be installed and the floor in it and we will be carrying a small card for the kitchen, a so-called. drinks menu. A covered heated terrace will be built in October. In the winter months we will finish the inside that will look light in Bohemian style but with a nod to the Clock. The logo of the new name “Chill” contains an hourglass, which refers to the Clock. The idea behind this is that time stands still here for a moment.

It will be a Pavilion on the Pompplein

According to an enthusiastic Donald Beukers. The new owners said it will be a nod to the past. There will also be a wall in the store with all kinds of clocks, there will be a vitamin bar that will be called the Klokhuis. The apartments above the restaurant keep the name De Klok and the old Klok will be restored outside.

The restaurant will be an extension of their other three stores, Hit Ibiza Store, Touch Italian Store and Touch Kokomo. The funny thing is that everything in the restaurant will also be for sale, tables, cutlery, crockery and of course clocks. The plans are to organize live music in the Grand Café once a week (the extended living room) van Egmond.

Tervoort Bouwbedrijf still has to work hard, but the pan beer was already consumed last week. The roof on it at restaurant De Klok Large roof plates with insulation and a huge crane from Winder from Limmen blocked the Voorstraat and Smidstraat to install the roof at the restaurant. There was a little more insight into the building that will hopefully be completed before this summer. The men from Bouwbedrijf Tervoort are working hard on it. 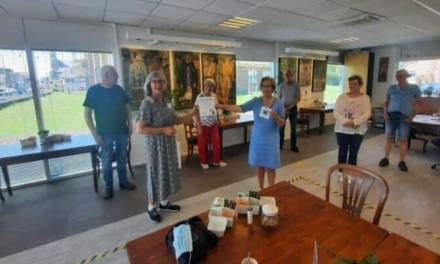 PostaanZee gets sticker 'Together dementia friendly'

Bergen Municipality College: ‘Inhabitants and entrepreneurs at the heart of new parking policy’