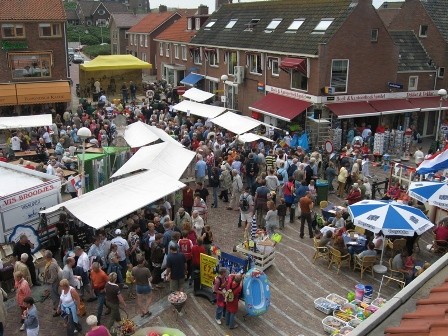 FINALLY NO FAIR THIS YEAR IN EGMOND aan Zee: “BY A CONNECTION OF CIRCUMSTANCES”

The fair in Egmond aan Zee has been definitively canceled. The organization sees no possibility to organize the fair this year now that the relaxation of events has been reversed due to corona. BIZ Egmond aan Zee reports this, former Entrepreneurs Association Egmond Actief.

According to Richard Kaandorp of BIZ Egmond aan Zee, it was a combination of circumstances that led to this decision. “It has to do with the rising infection rates, the measures and the crowds at the fair.” Kaandorp says that the fair committee kept looking for a way to organize a fair this year. “But now that the infection figures are rising again, the Security Region comes with all kinds of new requirements towards the municipality, what we have to find a solution for. It is getting too complicated and that is why we have decided to cancel the fair for this year.”