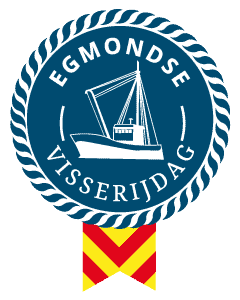 Annual Visserijdag shows you how it used to go.

From an hour or 10 done around the town crier throughout the core of the village in the name of the fishing day. Everyone is called to celebrate this day with gongs.There are all kinds of activities at various locations in the village. On the nautical market around the pump's Square to admire various aspects of the fishery and fishery-related issues. So is the fish specialists of "William's Vissuper" and "Ab Vispaleis Dekker" fish filleted, prepared as a meal, smoked and fried. Of course with the intention of these to eat.

The smell of yesteryear

The smell of old smoke coming out of the barrels, the papillae are caressed by smells which ascend from various types of cookware. Answer questions and explanation of fish and fish by these culinary artists and visbereiders is widely appreciated by the audience a part of this day. Have a look there can be thrown in the past. The past of Egmond aan Zee as a fishing village.

The interior of a traditional fisherman's cottage has been recreated, where the lady of the house is busy with her (traditional) proceedings. Coffee is "doing a cup" and the dune potatoes are peeled.

The man of the house is of course to repair his nets and new networks to atone. Obviously they are both dressed in period costume.

Open this day: Prince Henry Foundation with an exhibition, chorus and more, the boathouse of the KNRM, The lighthouse is open to visitors, the Museum of Egmond, the construction site of the Pinck. 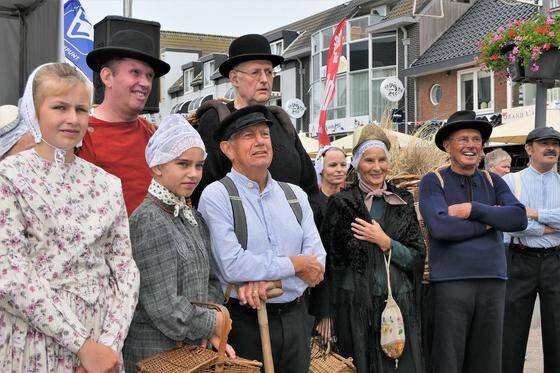 The dune potatoes are grown in the dune landscapes of the dune lands association. The cultivation has resulted in a unique landscape in the dunes, with a very special flora and fauna in the dunes of PWN. Explanation of this is given on the market by members of this association supported with beautiful photos. All day Neptune walking around with one of the finest fish that lives on land. For a unique photo opportunity with visitors, he takes all the time. Children can also be made-up and is done by and with the volunteers of Youth "Dockside" Old Dutch children's games.

On stage is almost the whole day live music were performed by ao. the shanty choir "Of Zâalnêelden”,smartlappenkoor “From Skarrebekke"In the"The Mallote Sailors”. A regular feature of the program is the nomination in the Egmond dialect, as always with a sharp edge on current events.

A variety of local artists will pass in review. A rousing conclusion is made by the Egmond top artists. The sound and the presentation is in the hands of Radio 80, which will broadcast the entire day from location!

On the eve of this feast Egmond is on the cusp, a memorial for all, who lost their lives at sea. This commemoration is an integral part of the Visserijdag and takes place in the Old Catholic Church of the Front Street 112.

The memorial service will be framed musical with songs by the shanty choir "the Zâalnêelden", smartlappenkoor "De Skarrebekke", "The Mallote Sailors", from Egmond aan Zee. A poem and the two-minute silence, closed by completing the Last Post this commemoration.

Afterwards there laid a wreath at the foot of the Fishermen's Memorial at the beginning of the village. This Fishermen's monument contains the names of those who stayed at sea during the First World War. Below the names of children themselves 12 years, skippers, fishermen and merchant navy personnel.

Still living the consequences of this war in the hearts of survivors. Often the stories passed down from generation to generation. Commemorate the people who have stayed at sea, is a pretty standard part prior to the Egmond Visserijdag