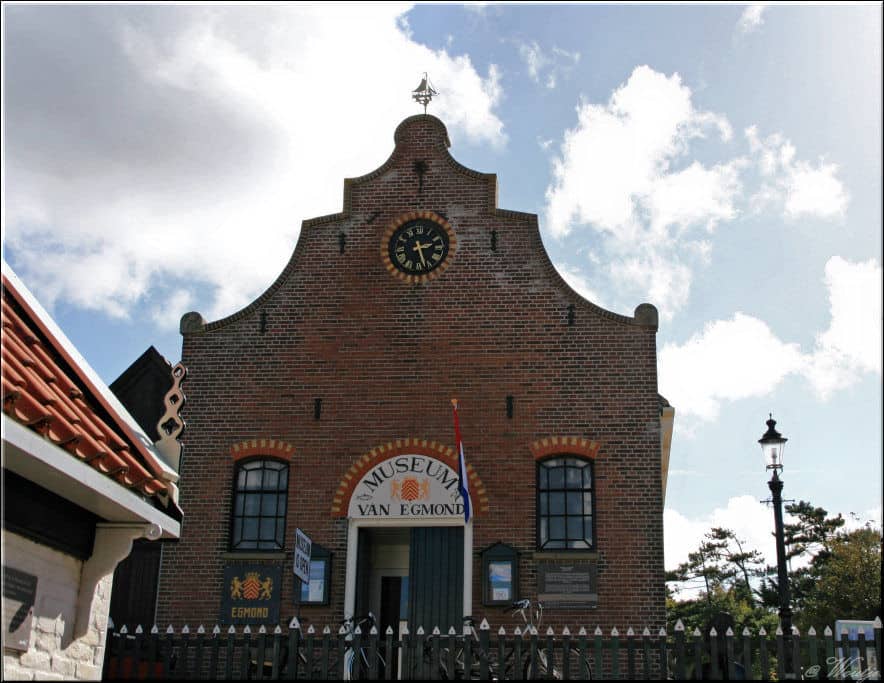 Experience the three Egmonds from within

Experience in the Museum van Egmond the millennial history of the three Egmonds, the ups and downs of life in the dunes and the sea. Feel the atmosphere of the old Egmond with a history of beachcombers, fishermen, rescuers, colony children and bathers.

Particularly beautiful is the building itself: a former church where now the rowing lifeboat, the fishing room and beautiful stained-glass windows beautiful justice to. The museum is attractive and cozy decorated by artists.

You will also see the work of artists who were inspired over the centuries by images of fishing boats at the beach and the ruins of the castle and abbey. 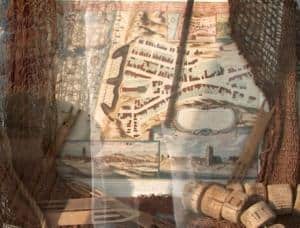 Part of the village disappeared in the 17th and 18th century church and all at sea. In the museum hangs a map showing this is good to see. With a dam of brushwood and stones they tried to still turn the tide. But a heavy storm 1743 collapsed the front part of the church in sea. Inn of "The Gilded Wagon’ the bedsteeden hung above the beach. Visitors to the museum are always a little quiet this story. Fortunately, the coast constantly raised with sand and we do not fear this. The movement of the vanished church - then the only clock of the village – does a service here at the museum.

In de ‘schuitenschuur’ is the old rowing lifeboat that many castaways are rescued. Impressive to realize that ordinary Egmonders, with this little boat went wild sea. The many sailors from the boat have a place of honor in the museum. They are almost always family Egmonders who still live here. The museum shows images of the stranding of two ships 1935: the 'Church Square' and the 'Drenthe'. The rescue of the crew of the Drenthe was spectacular and was national news.

Lock on the Hoof

From Egmond aan den Hoef get special finds from the legendary Final at the Horseshoe and prints from the ruins of the castle, that was lost in 1573. Still particularly regrettable, because this castle was the largest and cleanest fortress called Holland. A lover of built after 25.000 homemade stones and this building shines now in the museum.

You will also find something about the meaning of the powerful medieval abbey of Egmond-Inside. At this place the history of Holland began. The presentation is modest because the abbey at Egmond-Within its own museum.

Every year there is a new temporary exhibition and the permanent collection is regularly refreshed. There is a fun journey through the museum for children and the dolls will occasionally do something else. The museum is also a beautiful wedding venue. There are various brochures for sale about the history of the Egmonden.[/vc_column_text]

In the museum are beautiful cards for sale with pictures of the stained-glass windows. New donors get a double pack of cards with envelopes gift.

Guided tours and group visits at the museum

Outside of the opening, the museum is accessible year round by appointment for groups of about eight people, with a small or an extensive tour. On request also in German or English.

What's even more to see around the museum?

In the narrow streets around the museum you will see some examples of old fishermen's cottages. The zo were small, that the children had to sleep together in the attic. Often, there was not a door, but each came in through a back gate in the courtyard. There hung the laundry out to dry, or tasty scharretjes. The residents had a manure pit for all waste, which was neatly covered with helmet from dune. The streets were far from ordinary sand and when it stormed, then you blind stove.

If you are on the side, right next to the museum through the pavement rises, you come to a dune stairs, which leads to the top of the Tower Dune. A real dune, a piece of 'wilderness' in the village. As they say in old books. One of the few remaining places where you can still see that this town is built in the dunes. You have from here a magnificent panoramic view over the sea, the village and the dunes and you can also see the lighthouse that initially the 'North Tower' name. We should also note three special, larger buildings on the north side of the village. These are former child- either koloniehuizen. The large white building in the East is known as the "Prince Henry Foundation ', Until recently, a home for former sailors.

In the middle of this dune was 1833 the South Tower built. Lighthouse Guardians kept until the end 1891 the oil light of two lighthouses burning, so that the ship had a light line to orient itself. The arrival of a port in IJmuiden also two lighthouses, was that become confusing for shipping. About 1915 the South Tower was sold for scrap.

Text a photo's © Carla Cakes.
Acquisition only after permission from [email protected] as the source.