Lighthouses appeal to the imagination

Lighthouses appeal to the imagination and the world are places with a lighthouse a bit special. From Egmonders, and many of them, intense love of 'their' tower that determines the appearance of the village. In many homes the Egmondermeer, hier of elders, hangs 'tower' on the wall. The light of the 'Jan van Speyk' is 37 meters above sea level and the light characteristic that stands in the handbooks for shipping, five seconds and five seconds.

It is perhaps the most photographed and painted building from miles around. In earlier years, the tower had different forms and there are many pictures of. At all hours of the day and in any orphan circumstance, the beautiful white tower contrasts with the sky in a different way. At dusk and darkness falls the light of the faithful watchman for the village. 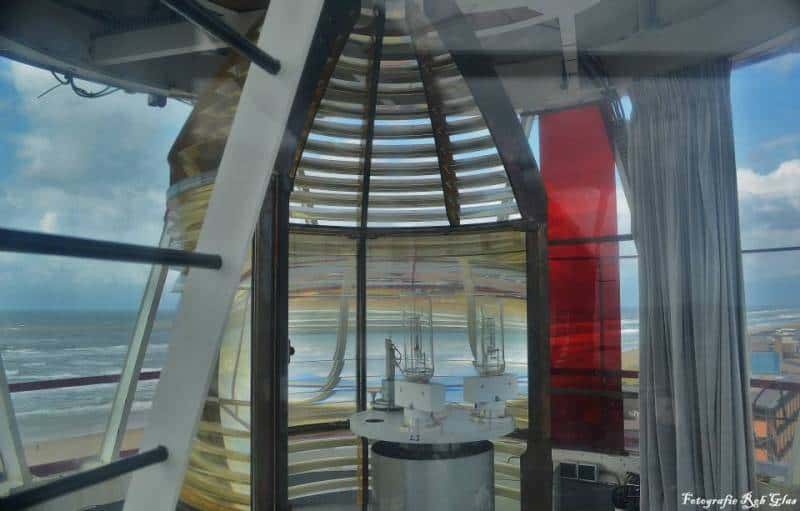 The heavy burden of beacon stoker, lighthouse keeper, coast guard or lighthouse keeper has long exercised in Egmond aan Zee centuries. Originally they overnight high on 'four fines "keep the fires burning for returning fishermen to lead the way. Moreover, many lugging wood and later coal to pass. In 1835 The new lighthouses have a lens system and the lamp oil, which means that one of the two guards on duty tower is constantly trying to keep the lenses and windows free of soot.

With the advent of electricity in 1922, the tower is adjusted and also one replaces the rectangular windows by round. From 1949 the Coast Guard is in a cottage on the lighthouse dune. At night and in the daytime storm, is the man at his post and must stay awake to see while seldom anything happens.

The advent of satellite extinguished from 1980 many lighthouses and lightships all their lights. The digital functions of the Coast Guard in Egmond were a central, national coastguard acquired. After a reorganization could radar stations in Den Helder and IJmuiden cover the entire coast of North Holland, allowing visual observation was superfluous. Bert de Boer, in the 1978 as lighthouse keeper entered service was, object was to administrator 1990.

The tower is still used as a landmark for locating and monitoring equipment on board ships and certainly for recreational, who often works without ultramodern navigation, indispensable. KNRM used the tower in activities and exercises. Rijkswaterstaat can keep an eye on the tower with the installed cameras sand replenishment for the coast.

Egmond aan Zee stand , after a break of 1 year, Again some poem signs of Plexiglas to a portion of the boulevard and on the lookout dune behind the lighthouse. In the context of 175 year-lighthouse monument Speijk , Literary Working Group Egmont has selected poems, which often is a nod to the romantic ode to the sea. Seven poems with sea and lighthouse are worth a stroll.

In 2019 the Lighthouse of Egmond aan Zee has been completely restored and it looks beautiful again.

What is that? It's not yellow/red!
This is the "JCJ van Speijk" Lighthouse from the Netherlands.
You can find him at the coastal town "Egmond aan Zee".

Light tower JCJ Van Spijk in Egmond aan Zee, built 1833 shines its light over the village and the sea every evening. 2019 the restoration work was only completed and not the lighthouse but also the place are definitely worth a visit. #lighthouse #egmondaanzee #jcjvanspeijklighthouse #north holland #north sea #beach #sea #holiday homeholland #holiday home #vacation #netherlands ...

Autumn leaf in storm by the sea

Autumn leaf in the storm by the sea ...

"A ship in harbor is safe, but that's not what ships are built for" John A. Shedd

The lighthouse of Egmond (1833) lit in yesterday’s twilight.

It also serves as a somewhat bizarre monument for Jan van Speijk, who blew up his ship (killing dozens including himself) during the Belgian Revolution in 1831.

Of south tower got four floors. Because this was put down at the site of the old lighthouse, This was the highest lighthouse. Teunis Planteydt, the four year old son of shipowner Cornelis Planteydt, put on 8 May, the first stone.

National memorial. 1838
Architect Jan David Zocher senior was commissioned an existing building (North Tower) to create a memorial. By removing the windows in the front road and the smooth shaft only by giving some relief decoration, he attempted a unity between the tower (needle) in basis (tomb) to create.
The masonry sarcophagus was with Bremer stone plates coated.. The lantern kept its original form, all of the eight ribs were thereof
semicircular iron columns.

The larger than life statue of a lion, designed by sculptor Louis Royer, In August 1841 placed on the basement. (I put a picture of the lion created by Cootje Bronner there.

Rebuilding 1922
First tower of the summit was demolished. Then the tower was extended by five feet. The wooden stairs were replaced by an iron spiral staircase. The wooden floors were turned into stone spaces. For the square windows were round instead. Finally, the tower was plastered and connected to the mains. The white group interrupted light could 1000 hour burn.
The emergency lighting was working on gas.

In 1967 The tower is a national monument
During the reconstruction in 1968 the head was lifted, removed the old circuit and the new observation, designed by F. de Ruijter put in between. The angled windows formed a striking detail. The advent of radar made it unnecessary for the skylight for the navigation of aircraft of glass had to be. The roof was fitted with a new cover with brass plates. The weather vane was restored.

Of North Tower was treated with 6 storeys the tallest tower.

The shape of both towers, the same brick. A round smooth pillar, which was narrows towards the top, with a top plate which was provided with toothed edges. Above that the light came home with circulation and balustrade. The bluestone flooring layers on iron beams and each floor had a window, that arc and was divided into six. The faint sting curved staircases had a handrail on the inside. Came into both towers Fresnellichten diameter 1 The (meter). The work was in 1834 completed.

On 5 August 1831 let lieutenant Jan Carel Josephus Speyk his gunboat in Belgium in the air flying. With liked him 25 crew and some Belgians death.
On 11 King William I in February announced that from now on always the Dutch Navy must have a ship into service that the name JCJ. Speyk of bears.
The board of Collegie Zeemanshoop brought f. 30.000 together, so that a monument could be erected. To finance this monument a lottery was organized. Take care 15 december 1834 the North Tower was converted into Van Speyk Monument.

Owner and manager:
Rijkswaterstaat is the owner and responsible for the maintenance of the tower.

Current importance for shipping:
The lighthouse still functions as a reconnaissance light and sector light.

Alternative use of the object and accessibility:
The lighthouse is no longer officially manned. Volunteers of the Royal Dutch Rescue Society (KNRM) set the lighthouse in the months of July and August

open to the public on Fridays and also on special days. They also give tours on request. The KNRM also uses the tower for rescues and exercises. Rijkswaterstaat can monitor sand movements off the coast with the cameras placed on the tower.

Bonding with the local population:

From Egmonders (‘Derpers’) love their tower intensely, which determines the appearance of the village. In many houses of Egmonders an image of the tower hangs on the wall. It is perhaps the most photographed and painted building from miles around.

The 175th anniversary existence of the lighthouse in 2009 was celebrated extensively. On the occasion of this anniversary, local parties, financed with sponsor money, installed an installation to illuminate the lighthouse from below on the outside. In 2016 this installation was in need of maintenance and again various local authorities have, including the village interest association, made an effort to raise the necessary funds.

On holiday to Egmond

MOUNTAINS IN THE NEWS