Speelbos at “The Schoorl Dunes” Schoorl 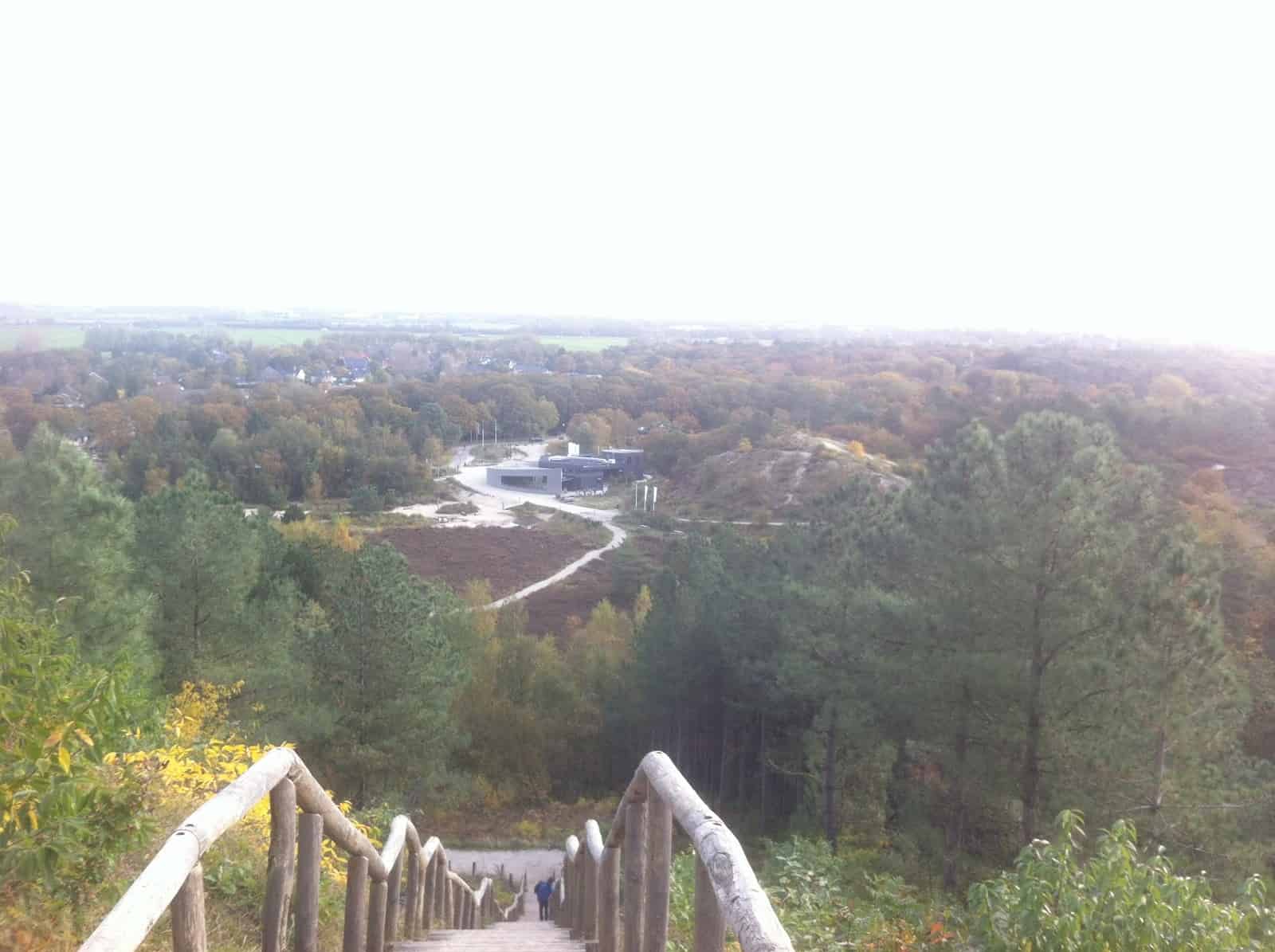 One big sandbox a century ago, now a beautiful mix of beach and dunes, forests and heath.

Climbing in the Schoorlse Dunes

Not afraid of a little climbing and descending? Then climb the Schoorlse Duinen, The Netherlands' highest dune area in the top of North Holland and plenty of space to get a breath of fresh air. A century ago it was one big sandbox here, now dozens of bird species breed, the most beautiful mushrooms grow and the sunlight plays with thousands of tree leaves.

Over 60 kilometer walking path takes you to the highest dunes, the oldest forests or the drifting dunes. Because a hundred years ago Staatsbosbeheer had the sand capture the sand by planting trees, now some dunes are allowed to drift freely again. Such as at De Kerf, where the North Sea water has free access to the dune valleys behind it during spring tides and northwesterly storms.. With result! Thanks to the salty seawater, plants like glasswort, sea ​​rocket and salt marsh grass settle here again. Birds and dune lizards followed in their tracks. This is how the Schoorlse Duinen have gained another beautiful nature reserve.

About the Schoorlse Dunes

The dunes of Schoorl are a paradise for nature lovers. Open dunes alternate with dense forests and wet plains. The moors are unique. You can hardly find it anywhere in the dunes. In some places, like in De Kerf, may the sand dust again. New dunes and potholes are created spontaneously. The sand lizard likes to stay in the sand. who is lucky, see him sunbathing.

The dunes through the seasons

The Schoorlse Duinen are beautiful in all seasons. In the winter, when the frost is on the branches, is it enchantingly quiet. In the spring the many birds make themselves heard. Like the green woodpecker and the very rare nightjar. Tens of thousands of pine orchids are in bloom in June and July. A carpet of small white orchids. In August the heather turns a beautiful purple. And in the fall there are more than enough 800 types of mushrooms.

De Kerf is the first major example project for 'dynamic coastal management', a new way of dune management. In the Netherlands, dune management has traditionally been dominated by coastal protection. Large amounts of sand were dumped into dune valleys and drifts using shovels and then planted with marram grass. Not only did this prove unsuccessful – the coastline moved inland just as well – but nature and the landscape also suffered as a result..

At the end of the last century, conservationists and dune managers started looking for alternative forms of dune management, with more space for nature. In 1997 Measures have been taken in De Kerf to prevent sand, to give wind and water free rein. A hole was also dug in the first row of dunes, so that in a favorable storm the seawater can flow into the dune valley behind it.

In recent years, nature has benefited from the new situation at lightning speed. Many special plants (like briny beetle, beetroot and rooted mushroom) and animals (among others the fur beak and the back stripe path) have settled in the area. In addition, the interplay of drifting sand and seawater has resulted in a fascinating landscape that countless people enjoy every year. This has made De Kerf a successful example for other areas.

De Kerf was created thanks to a collaboration between the Duinbehoud Foundation, Forestry Commission, Rijkswaterstaat, Hoogheemraadschap Hollands Noorderkwartier and NV PWN Waterleidingbedrijf Noord-Holland. Staatsbosbeheer carried out the work as manager of the area.

The Schoorl dunes have an extensive network of walking routes. But did you know that you can also roam in a lot of places and get off the trails? In Jan Bas's garden, Playground, Wulpendal, Hargerplas, You can discover the dunes in your own way at Groeter en Zandgat, in Midden Open Duin you can also follow the foraging route for convenience. The marked hiking trails take you through the entire area and from there you can start your own wandering route.

The Schoorlse Duinen are accessible all year round. In a lot of places you can get off the trails. In Jan Bas's garden, Playground, Wulpendal, Hargerplas, Greetings Zandgat you can discover the dunes in your own way, in Midden Open Duin you can also follow the foraging route for convenience.

The paved bike paths are wheelchair accessible. Guidance is recommended, due to the sometimes steep slopes. At the buitencentrum is a disabled parking space. A wheelchair can be borrowed against payment of a deposit (book in advance).

Dogs are welcome all year round. In the breeding season, from 1 March to 1 september, only on a leash, to avoid disruption. Outside this period, dogs are allowed to run loose, under appeal. Look out: different rules apply in the grazing areas. You can recognize these by the signs.

Hiking map nr. 14 Schoorlse Duinen is your guide for a journey of discovery through this nature reserve. Mapped out routes show you the way and with the map in your pocket you can also choose your own way. The card is for sale in the Falk web store. 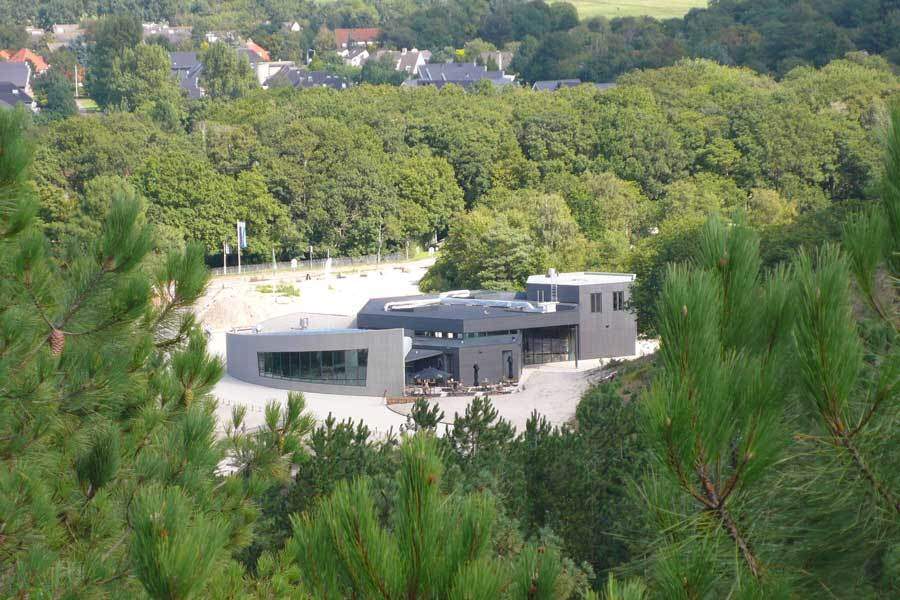 The Speelbos. Around Outside Centre Schoorl dunes lies Play Dune 'Sand Rail' of the Forestry. Here children can play around in nature and they are allowed to leave paths to discover nature. In Play Dune is in different places a lot to do: * children can play with a water pump and self dune water pumps up. * There is a wooden rails bearing sand carts as before, thus when the sand has been moved. * They can along a climbing rope 40 meter climb up and look far beyond the environment.

Ranger Bass could use some help in the dunes! Are you made of the right stuff to become assistant forester. Come follow the training. Pull your boswachtersjas but to! With a backpack, binocular, roadmap and compass you get going. Ranger Bass knows the commands. If you have completed the course will receive a certificate and a pin hulpboswachters. The cost is € 5.00 per child. For children 7 to 10 year. Daily walk.

A walking tour full of discovery, and is intended for the whole family. The map set is suitable for individual, with the family or to use with a group. Most jobs are in every place and perform in every season. Choose a walk that suits you. During your walk through the Schoorl dunes, you can use the instruction cards. You determine the length of time. The costs are € 10,00 for tas. For the bag, you pay a deposit of € 10,00. Daily walk.

Especially for children 9 up to and including 12 year there is The High Duinenpad State Forest. This route is described in an instruction booklet. With fun and active jobs the children perceived the dunes.

Especially for children 9 up to and including 12 year there is The High Duinenpad State Forest. This route is described in an instruction booklet.

With fun and active jobs the children perceived the dunes.

For children 4 to 6 year at the Play Dune Forestry Commission The Kabouterpad "Visiting Gnome Sandgrain in Schoorl Dunes".

This walk of about one and a half hours is a discovery trip through the dune.