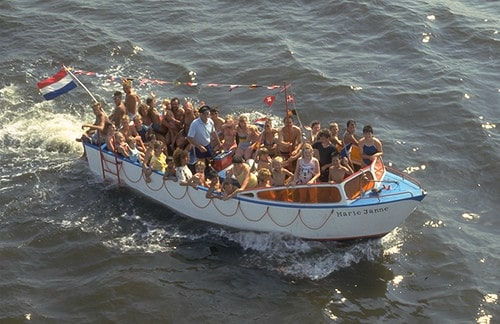 For fifty summers were long known this picture, white motorboat Marie Janne who, loaded with tourists and cheerfully decorated with flags, the coast and fro feed. Skipper Dieter Pants began at seventeen, first with his father and since nearly twenty years as a proud owner of Marie Janne. Countless times he crossed by boat from shore. Come to the beach of Egmond aan Zee and experience it for yourself.

Countless times he crossed by boat from shore. And every cruise happened something fun, aparts of ontroerends. “I've been through so much with that boat, there I could write a book about”, says Dieter. “Maybe I should just do it once. There really are thousands of stories and anecdotes about the Marie Janne and her cruises. Whole generations have with it dangers. I have often fathers or even grandfathers with children in the boat, who used it as a child have been himself.”

The above video I made myself because my son had to go through this, it gave me personally a big smile to be able to experience this again with my son Ryan. Too bad it never comes back. But to what good thing comes to an end. Gr. Erik Reemst (My son is very agile boy at the wheel after a minute or two. The 2 boys at the end of the boat me nephews.

Anecdotes about the Marie Janne there are enough. Dieter gets one after another reminder. “We conduct one time aboard a cutter. The crew wanted an ice cream, So we are full of gas to the side, four Magnums met, and back again. We got as much a huge bag of freshly cooked prawns and we sit down with the entire boat shrimp peeling. ” If Dieter on the beach running with his megaphone to inform them who want to sail in two languages ​​on “The beautiful Blue Mer”, the boat is quickly. “Ever got there as one of the first in a gorgeous girl”, he laughs. “Then I saw all fathers take their child by the hand and rush to the boat. Great. We have many loyal guests, there are even couples in which both as a child sitting in a boat. Often people say: When Marie Janne sails summer begins. I think that is a huge compliment. The boat is always filled with happy faces.”

Fixed boatswain on the Marie Janne Cor Blok, a former sailor who is better known as The Daakster. With the legendary statement "I want your best help sometime’ he stepped over ten years ago by Dieter off. “And since then he has missed momentum going! In all these years, maybe once or twice since his wifes. Before that I always had a lot of support and help from Bernard and Lars Harms House. Together we have had thousands of people on board. Ranging from normal cruises, to stag, kinderpartijtje its trouwpartijen. We even once had the whole skate core team on board, in the time of Hein Vergeer and Leo Visser, and we have been twice to Sail Amsterdam. For Sinterklaas entry the boat was once on a flatbed trailer to Utrecht. And we did it with my father brought to the cemetery. That was very impressive. The whole boat was filled with flowers and the coffin stood in the middle. People know how to even find me for special trips to scatter the ashes of a deceased. These are also great moments.”

How it all started

Derp Jan Dekker, also known as White Jan, the boat had built at the shipyard of Kamminga Wormerveer with the goal there are tourists to sail around. John White named the boat to his children Mary and John. In the summer of 1961 made the brand new Marie Janne her first cruise. “The first years, Jan is quite a spectacle of to get the boat out of the water, Dieter remembers. “It is a steel boat, So that weighs quite a bit. John did have a cart, but no trigger. So in the morning they drove the boat ride and all the water and then with some strong guys pushed the boat off. In the afternoon when he is back on the cart had Jan makes a long rope to the boat and then walked with a horn on the beach to get as many children together. On his character the children pulled the boat out of the water and to thank them all got ice cream. That was awesome. I myself as a kid also still be pulling that rope. Incidentally, without knowing that a boat was stuck. If you heard the horn ran to get to the ropes and then you got an ice cream.

In 1977 keeps White Jan it quits and takes the father of Dieter, Arie Trouser either Arie Bam, de boot over. Father and son are determined to keep going on cruises. A task, to keep the boat in top condition and make sailing days in addition to a full-time job. “We're just getting started”, Dieter remembers. “My father was in the beginning not trigger, so we used the same techniques as Jan. And take into account the surf and currents we have learned by doing. But we were always very careful! And I still am. You should know exactly what you are doing, I learned from my father. It makes no sense to bring your passengers at risk. My father and I have always had a lot of fun with the boat, until he 1991 got all ailments and he was actually too much. Then I decided to continue the tradition. That year I also overhauled the whole boat and bought a new tractor. “

The Moterboot the Marrie Jannie boat is after summer 2016 ceased to exist. We thank Captain Dieter Broek and relatives for the many wonderful years. You can also see a video below where the boat is now back and his last cruise with Captain Dieter. 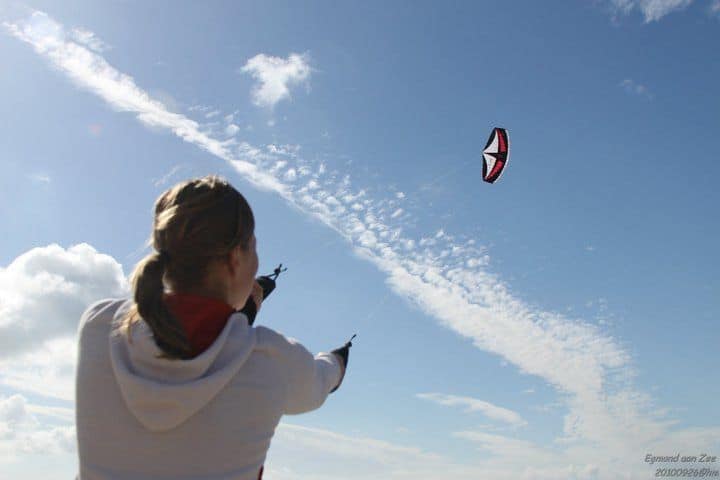 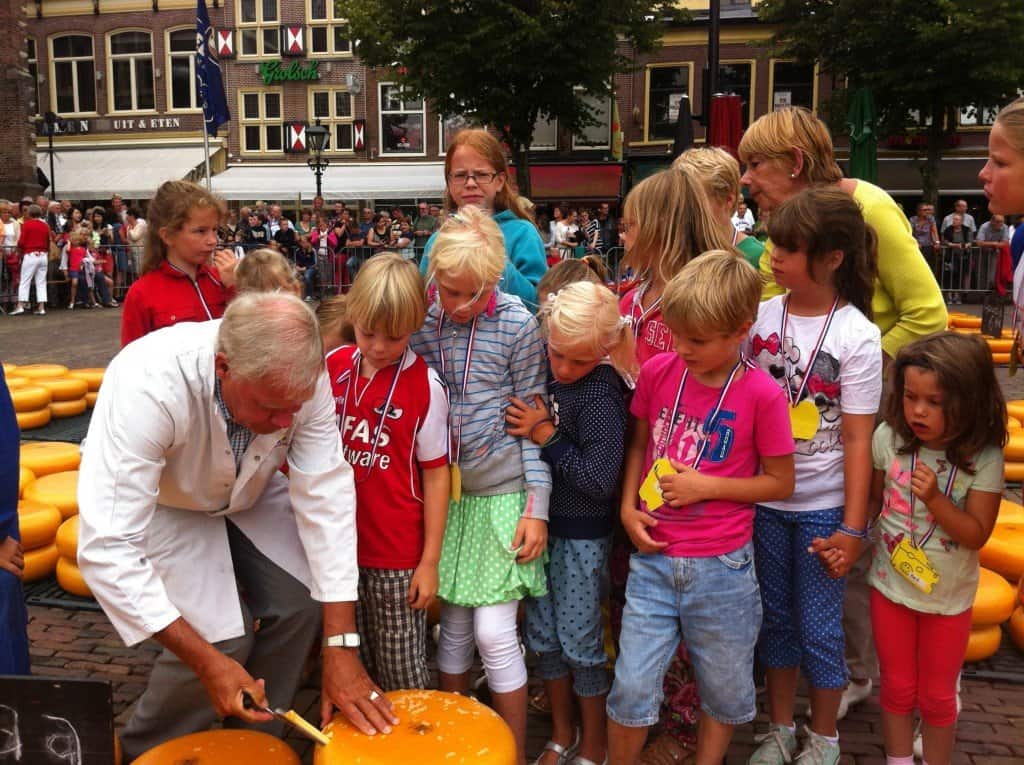 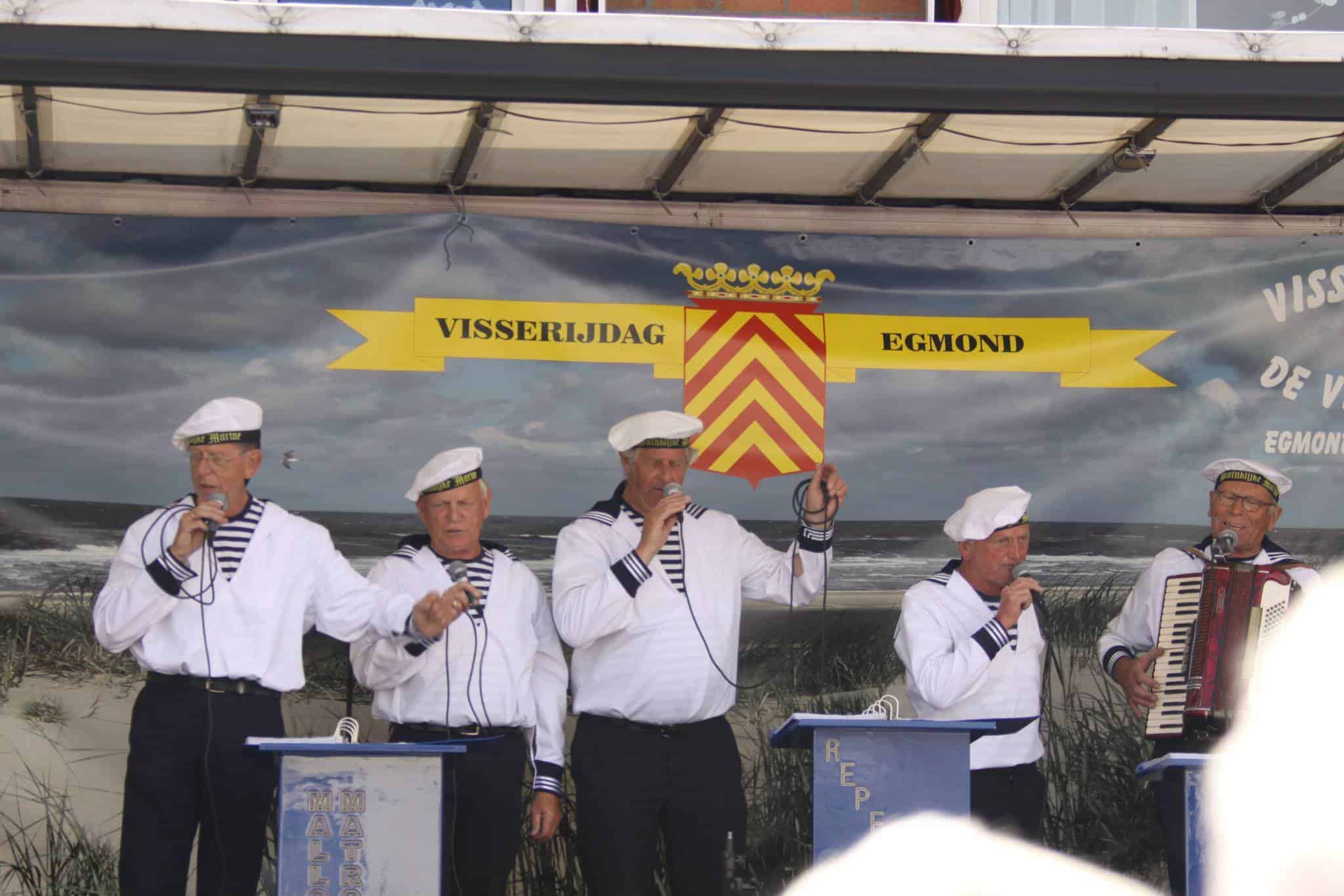