In and around Egmont (Municipality of Bergen)

The North Sea coast around Egmond offers plenty of variety. The landscape is clearly a coastal landscape with many sea, beach and dunes. Behind the dunes you will find plenty bulb and polders.
Egmond is situated in a coastal area that stretches from Wijk aan Zee to Camperduin. In between you will find a very beautiful dune to. Both on the bike and on foot you can spend here very enjoyable hours.
At Castricum (about 8 kilometers from Egmont is the visitors' “the Redheaded”. Here PWN provides a picture of the dune management, the flora and fauna of the area and the water extraction.

Who enters the village of Bergen immediately know: This village is particularly. The beautiful setting of woods and dunes, near the sea Mountains provides an almost mystical aura. Also find the many artists who have been living here for years. The light, inspire the space and the leafy lanes them still to create many beautiful things.

The around the salient Ruïnekerk you'll find plenty of boutiques, terraces and welcoming restaurants. And around the corner bike and walk as the dune reserve in. 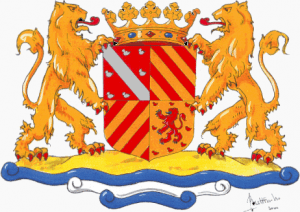 Since about 1900 Bergen is an artists' village many painters, writers and architects attracts. The Museum Kranenburgh Bergen is a collection of works by this Bergen School. The residential area Park Meerwijk was between 1915 in 1918 entirely in the style of the Amsterdam School built. On the Buerweg lived prominent artists. There are regular art fairs in Bergen, annual music (of Holland Music Sessions in August and Jazz & Sail in the first weekend of September) and an annual arts festival (the Kunst10daagse in October).

Bergen is also the former home of Adriaan Roland Holst (1888-1976), of “Dutch Prince of Poets”. He lived there from 1918 until his death in 1976. Since 2002 is the A. Roland Holsthuis the Nesdijk alternately occupied by various writers and poets, that often put the finishing touches to new publishing work.

In Bergen also two polder mills, one state to the multi-directional and the other to the Performs. That the Meerweg the Damlandermol the from around 1700. The other mill stands on the outskirts of Bergen, in the Philisteinse polder at the height of The Forest. The mill is named Philisteinse Mill Dating from 1897.

Other attractions in the region include the Bergen Aquarium (Bergen aan Zee), the Auto Union Museum with a collection of vintage cars, the Museum Kranenburgh for art and history museums The Strong House (Bergen) and the Museum of Egmond (Egmond aan Zee). On the first Wednesday of August the traditional lights evening in Bergen, where the residents decorate their gardens with lights.

North of the village of Bergen lie Schoorl Dunes. This vast natural area has the highest dunes of Netherlands. In some places the dunes to five kilometers wide. Is located in the middle area The Notch, a unique brackish water that arose after in 1997 a hole was dug in the dunes, so that the sea water at high tide, to flow to the inside.

The town of Bergen is outside the municipality, in the neighboring Alkmaar.

Welcome to Bergen is the website for Bergen and surroundings. Information on festivals, gastronomy , museums, exit, hotels, events for visitors and residents. For a little shopaholic is the "Glory" Mountains Heaven on Earth. For a small village is really an incredibly large number of wonderful shops. The most fashionable clothing boutiques, stylish interior shops to Hema.

At the core Mountains define art, culture and cultural elements in the atmosphere of the village. Nationally and internationally renowned events such as the Art 10-day, Holland Music Sessions, of Lichtjesavond, attract the summer art market and annual fair, visitors flock to this beautiful village.

There are museums and galleries, an artists' center, Old Ruïnekerk, several nice cafes and restaurants with terraces, boutiques and the artificial ski slope. In short, enough ingredients for a cozy, dressed and culture rich day out..

Promo Municipality of Bergen and surroundings